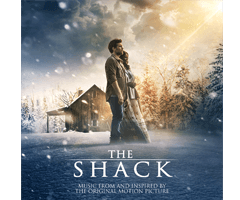 Music from and inspired by the original motion picture

When I Pray For You (Dan + Shay)
Keep Your Eyes On Me (Tim McGraw & Faith Hill)
Lay Our Flowers Down (Lady Antebellum)
Heaven Knows (Hillsong UNITED)
Where Were You (Francesca Battistelli)
Love Goes On (Kelly Clarkson & Aloe Blacc)
River Of Jordan (feat. Breyan Isaac) (Lecrae)