Are You The Expected One?

When Nothing Makes Sense 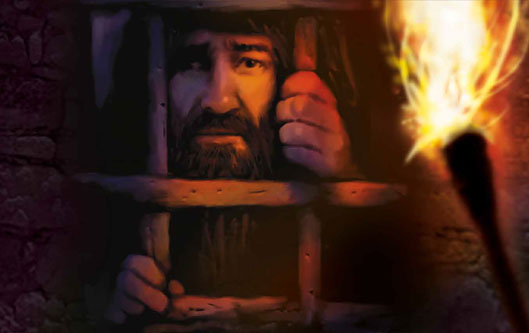 by Brad Cummings
Are You The One?

All Judea had come to hear John the Baptist. He was the voice crying in the wilderness, calling the nation to repentance. “Repent for the kingdom of God is here.” He was to prepare the way for someone greater, the Messiah. He told the crowds, “ I baptize you with water, but he will baptize you with the Holy Spirit.”

John’s fiery preaching was fearless, even confronting King Herod’s adultery with his brother’s wife, Herodias. One drunken night, as the young seductive daughter of Herodias danced for the king, Herod was so mesmerized he offered her anything she desired. Prompted by her vindictive mother, she asked for John’s head on a platter. John was quickly arrested and thrown in prison.

Really? The appointed herald of the Messiah, thrown into prison, and now to be beheaded, all for doing what God asked of him? Nothing made sense. Disillusioned, John summoned two of his disciples and sent them to Jesus to ask: “Are you the Expected One, or should we look for another?”

Jesus responded, “Go and tell John what you’ve seen and heard. The blind see, the lame walk, the lepers are cleansed, even the dead raised, and the poor have the good news about God’s love proclaimed to them. Blessed is the one who does not stumble over me.”

After they left, Jesus turned to the crowd. “Until now John has been the greatest person who ever lived, but the person who is least in the kingdom of God is greater than he.” An amazing commendation from the Messiah himself! Yet, John never heard these words since his disciples had already gone. All John needed to know what that the Messiah was doing the very works John said he would do.

But what about me? John must have wondered. Jesus had come to set the captives free, but would he come for John? Certainly he would, wouldn’t he?

“Blessed is the one who does not stumble over me.”

Haunting words. Veiled words. If anyone deserved a miracle, wouldn’t it be John for his devotion, sacrifice, and fearless obedience? In the empty, dank, darkness of that cell, with his faith being mercilessly raped by his seeming abandonment, John is left with a choice. Will I herald his coming even if he does not come to rescue me? Will I believe?

It was out of love, not the lack of it, that Jesus did not rescue John. It would have been easy to dispatch a legion of angels to release him, but instead he let John discover who he was when nothing turned out as he expected. Facing certain death, he found the freedom that rests on the solid foundation of who Jesus is, not the shifting sand of his circumstances. In that darkness, he heard the voice of his friend, “Blessed is the one who does not stumble over me,” and in that voice he found joy beyond his circumstances.